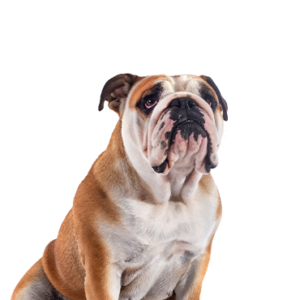 The Victorian Bulldog is a stout dog weighing 55 to 75 pounds, it stands at a height of about 19 inches. An attempt to bring back the way the bulldog looked like in the Victorian era with a little incentive results in the development of this breed. This breed was also targeted towards getting a healthier breed of bulldogs since many bulldogs around are susceptible to complex health issues. Discover more about our Victorian Bulldog puppies for sale below!

The Victorian Bulldog began to spread far and wide after Ken Mollet who loved the bulldogs greatly, decided to create a healthier breed of the dogs. In 1980, his brother Derek Mollet along with Graham Woods joined him in his quest for the Victorian Bulldog. It took awhile for him to achieve the result he wanted and much later he was working on his breed alone. Ken Mollet used breeds recognized by the Kennel Clubs and Healthy dogs developed by prominent dog breeders.

He used Bullmastiffs, Staffords and Dogue de Bordeaux in his bid to accomplish this mission and used any source he could obtain the perfect idea of how the bulldogs looked like in Victorian times. In 1988, Ken formed the Victorian Bulldog society. Today, many dog breeds are similar to it. However, its distinct attributes still make it distinguishable.

The Victorian Bulldog is a lovable dog. It is very social and doesn’t pose any problem relating to other people and animals. However, improper upbringing can mar the dog’s good traits. It is important to bring up the dog appropriately through good training. The Victorian Bulldog is a protective dog. It is good to have around children. This breed is quite easy to train, it requires simple and straightforward instructions to build on. Given its high intelligence, the dog is sure to take on more advanced instructions with quality and engaging training sessions.

The Victorian Bulldog adapts easily into a moderate climate. It is unable to cope well in extreme regions of either hot or cold weather. It requires a small yard for movement, a large apartment will also suffice. It is not an energetic dog. However, it needs moderate exercise and mental stimulation every day.

On average, the dog requires about 3hrs of activities ranging from medium intensity to low-intensity activities and mentally tasking activities. This enables it to grow into a responsible dog. Exercise helps keep your dog balanced a d contributes immensely to a healthy appearance.

The Victorian Bulldog shed hair to a reasonable extent and will require brushing its coat a few times every week. Washing often can damage its coat and rinse off the natural oils that make it glow and look healthy. Don’t take away its shine!

The unregulated breeders who are selling outside of the USDA regulations and without a license are what we consider to be “Puppy Mills.” We are committed to offering Victorian Bulldog puppies who will grow up to become important members of your family. We only purchase puppies from the very best sources, and we stand behind every puppy we sell.

How long can Victorian Bulldog live?

The Victorian Bulldog has a lifespan of 12 to 14 years.

How big is the Victorian Bulldog?

Is it safe to neuter my Victorian Bulldog?

The general advice which applies to all dog breed is to neuter the dogs when they are mature. Maturity stages can vary for different breeds of dogs. You can also meet your Veterinary Doctor for proper guidance

How aggressive is the Victorian Bulldog?

The Victorian Bulldog is not aggressive it is rather friendly and social, it can easily relate with other dogs and people around it.

I like to keep my dogs lean and healthy, how much food do I need to keep the Victorian Bulldog healthy?

Puppies require three moderate portions given to them at evenly spaced times throughout the day. As they grow older, they can have reasonable portions twice a day to keep them feeling satiated.

Why is the Victorian Bulldog referred to as Victorian?

Due to the developer’s intention to replicate a healthier version of the Bulldogs that existed in Victorian times. It is also named after its breeder, Mollet.

How well does the Victorian Bulldog cope with water?

The Victorian Bulldog doesn’t know how to swim. If you put it into the water, it’s going to sink right away. It’s advisable to strap on a jacket if need be

Can I trust Victorian Bulldog with toddlers?

Yes, the dog is friendly with other animals and people, its attitude towards children is no different. The dog is smart and caring and the children would enjoy its company.

Does the Victorian Bulldog drool?

The dog is likely to drool heavily, given that it takes the general mouth shape of the bulldogs. Drooling can become excessive during any form of physical activity. It is nothing to worry about.

No, the bulldogs do not shed heavily, therefore they have a lesser tendency of triggering allergies. How this doesn’t erase the possibility of allergies from a highly sensitive person.

The Victorian Bulldog has an intimidating stature, but it is full of love and care. Sociable and friendly with people and other animals alike.