The French Bulldog – Charming Facts About this Charming Breed!

As anyone who’s been in our store knows, we have a special affinity for a snorty, drooly and fat-faced little breed of dog called the French Bulldog! Even if you don’t frequent our store, it’s impossible not to have seen this quirky little breed in the tabloids beside their famous owners like Lady Gaga, Hugh Jackman and Leonardo DiCaprio or on advertisements like the famous Target commercials a few years ago. Here at PetCenter Old Bridge, we have French Bulldog puppies for sale!

So you might be familiar with what the breed look likes, but this blog will help you explore the origins and personalities of this very interesting breed. This will be one of the first blogs in a series that really delve into America’s favorite breeds and how they came to be that way. We hope you enjoy! 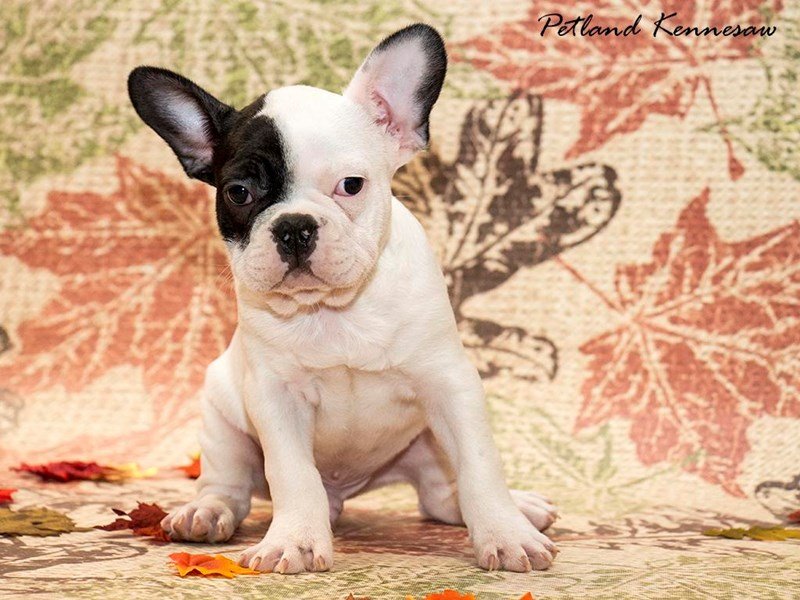 1. French Bulldogs Can Actually Trace Their Roots Back to England

French bulldogs have a bit of a murky past, but most can find their roots back in jolly old England! English lace makers were drawn to the smaller version of the English bulldog as they would often use them as very effective lap warmers. The lace industry eventually moved to France and the ladies brought their beloved lap dogs with them. It is believed that there in France, the English bulldogs were most likely crossed with terriers to create the bouledogues français, or French bulldogs.

2. French Bulldogs Were Meant to be Great Companions

The Frenchie is a very affectionate and friendly dog that was bred to be a companion to their owner. That puts them squarely in the “Non-sporting” category at dog shows, but we don’t mind that their only function tends to be staring at us adoringly. They are also a quiet breed when it comes to barking, but they do “talk” to their owners by using a complex system of yawns, yips, and gargles. Frenchies are a little show to train, but the effectiveness of treats should help you overcome any problems! The French bulldog doesn’t need much exercise and does very well in a crate.

4. Don’t Yell at Them, It Hurts Their Feelings

Frenchies tend to be very sensitive, so they do not take to harsh criticism lightly. If you scold a Frenchie, odds are it will take it very seriously and mope around the house. French bulldogs respond better to positive reinforcement (especially with treats!) and lots of encouragement.

5. Did You Know That Most French Bulldogs Are Born Through Artificial Insemination?

Frenchies have very unusual proportions and because of that, they can have all sorts of problems breeding. As a result, most French bulldogs are created through artificial insemination. While this measure makes each litter of pups more expensive, it also allows breeders to check for potential problems during the process. French bulldogs often undergo a C-section to ensure the momma will not be stressed and to prevent health complications.

6. French Bulldogs Are a Brachycephalic Breed

French Bulldogs are a brachycephalic breed, meaning they have shorter snouts than other dogs. These smushy faces, while insanely cute, make them especially sensitive to heat. This facial structure can also cause snoring, snorting and general loud breathing, but don’t worry, it grows on you!

We hope you thoroughly enjoyed this blog about French Bulldogs! While the breed had a few dips in popularity over the years, the breed is in the middle of an astonishing resurgence in popularity. It’s currently the 11th most popular breed in the U.S. according to the AKC’s statistics. That’s up from 14th place in 2012, 26th in 2008 and 54th in 2003. Don’t be surprised to see Frenchies move firmly into the top 10 next year.

Here at PetCenter, the French Bulldog is not only one of our favorite breeds, but our customer’s favorite as well, which is why we always have Frenchie puppies available for you to look at and take home! We usually have a variety of colors, but if you’re looking for something more specific, you only have to ask one of our Pet Counselors to help you find the right pup for you! We also have everything you need for adding a new little French Bulldog to your family, so stop in today!